Let's talk about something not related to anything.

There's a lot of video games that use the "default" third person camera. You've seen them. The games where they place your character at the center of the camera and use your character as a pivot point. 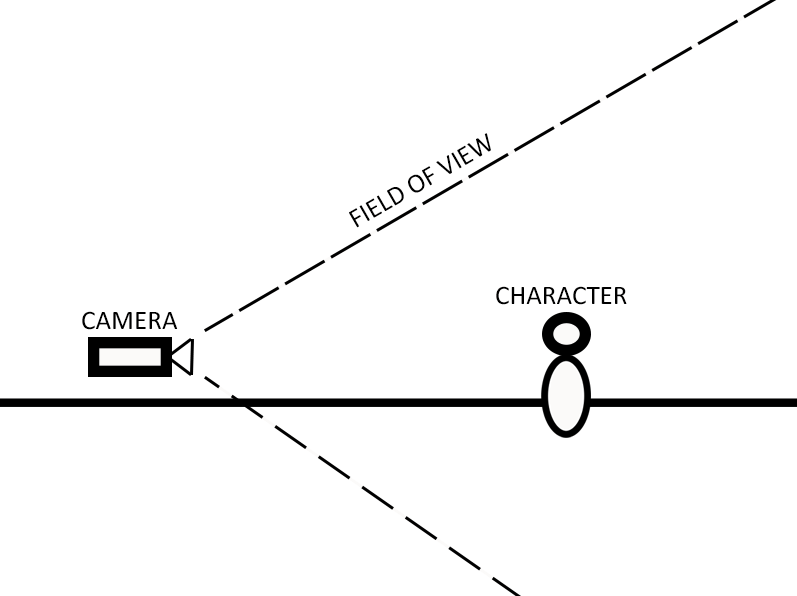 There are some obvious faults with this type of camera system. The most general one is that it blocks your line of sight. Also, the view angle is not ideal in a lot of situations. When you move the camera down (as in moving your camera to almost parallel to the ground), almost half the screen is taken up by the ground close up. The other half is taken up by the sky, and you have a hard time telling apart depth. On the opposite side of the spectrum, if you rotate the camera up (and view from a higher ), all you get is the ground and you can't see objects far away.

This happens to be the camera system that a lot of MMOs adopt.

(Notice how some of these problems are not very obvious in Zelda: Ocarina of Time because when you need to look at anything the auto-targeting system takes over.)

However, a lot of games do something that make the camera angles a lot better. They simply raise the pivot point of the camera up a bit. 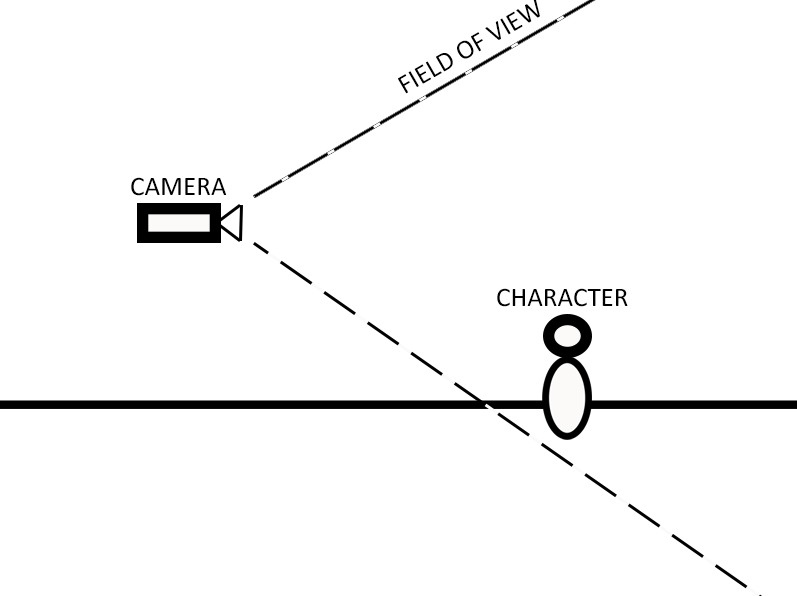 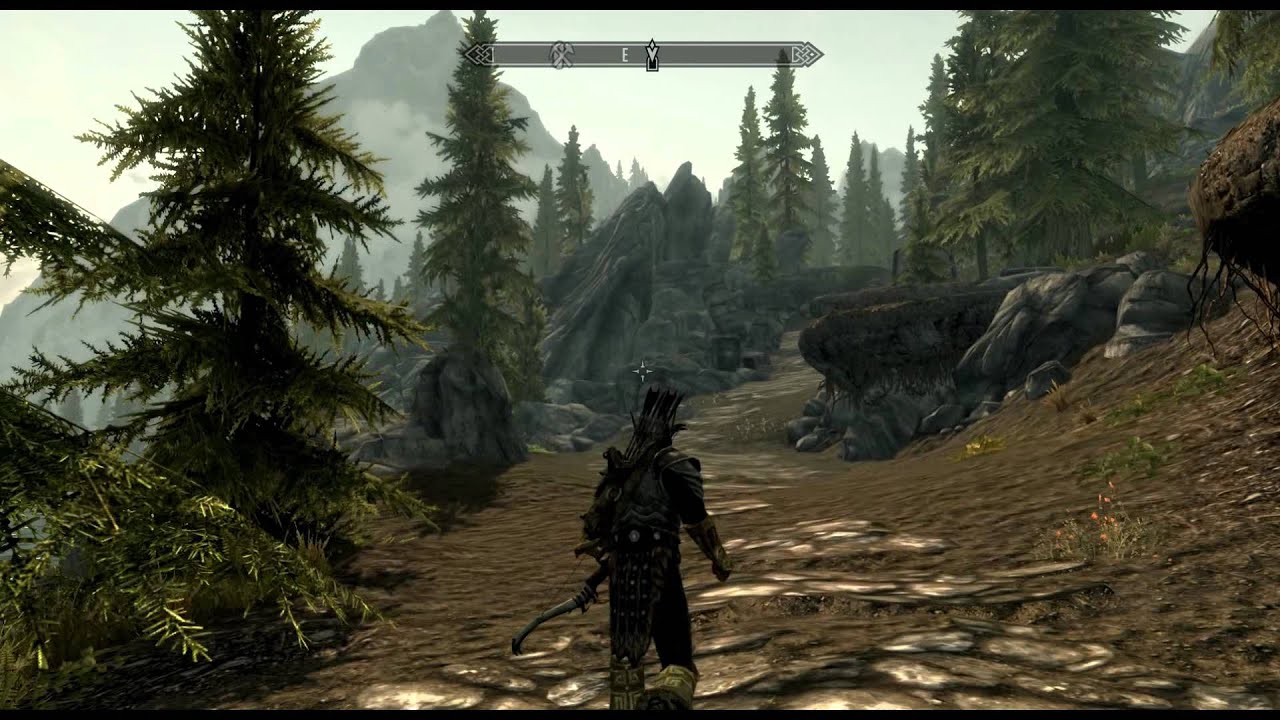 As you can see, Skyrim's camera is slightly better. The camera is looking more towards where the player wants to look instead of directly at the character. It let's you see more stuff and admire the view.

However, there are some practical concerns with this system when you start rotating the camera. The thing is, camera systems will limit the angle of rotation of their camera. For example, some won't let you rotate the camera up too high.

Now, suppose you are on a short inclined hill (as you often are in Skyrim). The ideal angle would be to look over the hill. However, the rotation limit locks your camera so you can only get a good look at the sky and not what's over the hill. 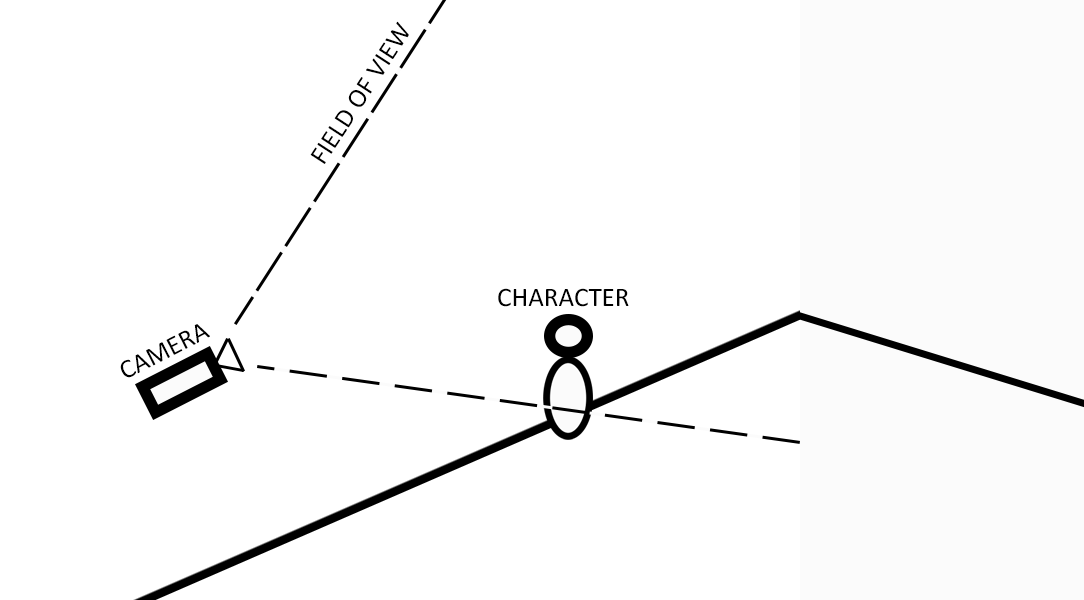 
What I'm saying is, with a simple camera system there's always a bunch of compromises you have to make. But the experience can be so much better with a dynamic camera system that adapts to the player's actions.

Let's take a look at some screenshots from one of my favorite games, Shadow of the Colossus:

The effects of a better camera system are pretty clear. Almost every screenshot in you get while playing Shadow of Colossus looks like it could be a wallpaper. Not only does it look great when they nail the Rule of Thirds, having

Also, this is what the game looks like when you are playing. These screenshots aren't taken from special angles that aren't practical during actual gameplay.

(I'm looking at you, Skyrim)

As you can see, there are plenty of different ways you can improve from the default third person camera.


1. Don't focus on the character. Focus on what the player wants to look at

2. Don't put the pivot point of the camera on the player.

3. Change camera distance and angle when you want to show difference in size and scale

4. Change the field of view when you want to focus on something.